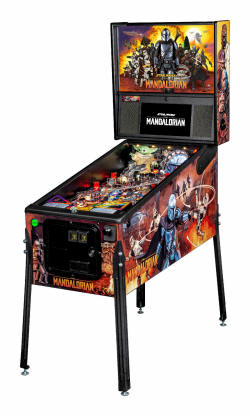 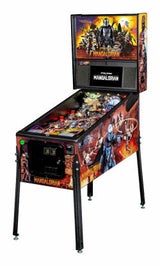 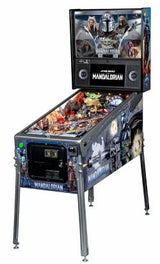 The story of The Mandalorian is set after the fall of the Galactic Empire and before the emergence of the First Order. The series follows the travails of a lone gunfighter in the outer reaches of the galaxy, far from the authority of the New Republic.

In this action-packed pinball quest, players are transported to a galaxy far, far away as they play as the Mandalorian, teaming up with key allies and protecting Grogu, while battling dangerous enemies and forces across their journey.

“Star Wars is timeless and our players have enjoyed every pinball machine reimagined by the iconic space saga,” said Gary Stern, Chairman and CEO of Stern Pinball, Inc. “Stern’s new pinball machine, inspired by The Mandalorian, continues that tradition with an engaging and exciting story for an entirely new generation of fans around the world. Collaborating with Lucasfilm, we have brought all of the suspense, excitement, and action from the Star Wars galaxy into a one-of-a-kind pinball adventure perfect for any location or home gameroom.”

Watch out for ambushes! Like the Mandalorian seen in the series, players can be ambushed by enemy forces. A dynamic inner loop shot activates an up/down horseshoe scoop ramp for fast, repeatable precision shooting, creating tense experiences on the Premium and Limited Edition models.

Players can navigate their way to multiball mayhem by hitting a unique hanging uplift target attached to a custom molded Razor Crest ship. Success in hitting the target qualifies a center ramp shot on the Pro, Premium, and Limited Edition models.

Features of The Mandalorian­-inspired pinball machines include a large custom sculpture of Grogu, authentic video and audio from seasons one and two, and exclusive custom speech performed by actor Carl Weathers (Greef Karga). The game includes the iconic title theme song by Ludwig Göransson and stunning hand-drawn artwork by Randy Martinez, one of today’s most popular comic artists.

Games configured for North America operate on 60 cycle electricity only.

These games will not operate in countries with 50 cycle electricity (including but not limited to Europe, UK, Australia). Connectivity hardware included.

In this action-packed pinball quest, players are transported to a galaxy far, far away as they play as the MandalorianTM, teaming up with key allies and protecting Grogu, while battling dangerous enemies and forces across their journey.