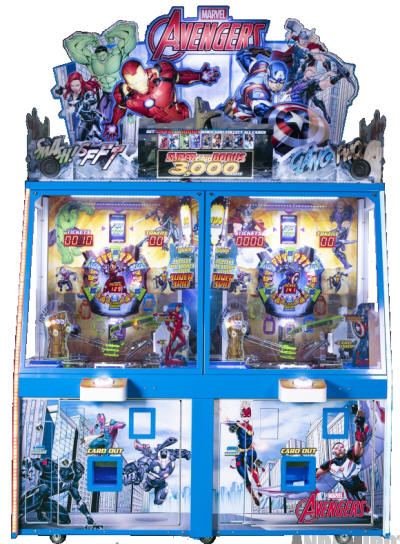 one that operates with a collectible card series featuring nine Avengers, and another that plays without cards.

Both card and non-card versions are ticket-redemption games. Avengers is a feature-rich,

rapid-fire coin pusher inspired by the Infinity Stones storyline in the “Avengers” movies by Marvel Studios.

Players fire tokens at a moving target wheel to win tickets and other rewards, and to populate the pusher playfield.

The game’s main objective is to “push” the Infinity Stones, which also reside on the playfield, off the ledge.

A Bonus Spin game is enabled when one stone is dropped;