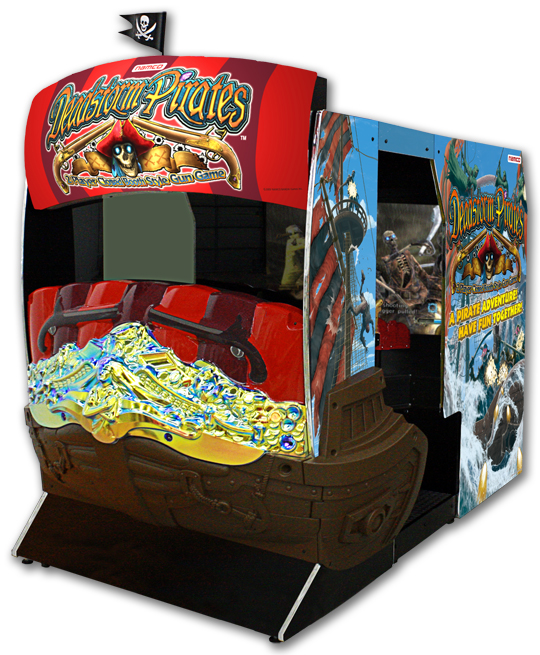 SKU:
$15,995.00
$15,995.00
Unavailable
per item
Deadstorm Pirates is a 2-player closed booth style gun game. The DX version features a moving platform base which moves the players seat throughout play.
Players take on the role of a pirate and must defeat their enemies with weapons including machineguns and cannons. The game can be played by one or two players cooperatively. When the game is being played by two players, shooting at the same target together produces a more powerful shot. In the center of the control panel is a replica helm of a ship which is used to change the direction of your ship during certain sections of game play.
There are 4 stages to play through each with a variety of unique features, with the player able to select which stage they would like to play. The stages are "Stormy Sea", "Mountain Rapids", "Forbidden Cave" and "Giant Whirlpool".
The DX version also has a red switch on the control panel which acts as an emergency stop for the motion platform, if the player chooses to stop the movement during play.